The vision is to form a leading successful independent North Sea and International oil and gas Exploration and Production operator. James is an accomplished Operations & Strategic Business leader with a comprehensive understanding of the technical, operational, commercial, and regulatory elements of the international oil and gas industry. He has held executive leadership roles with CNRL, DNO ASA, and Marathon Oil and has over 30 years of technical and leadership experience in the international Exploration and Production Industry. 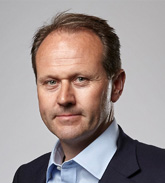 Philip has 30 years’ experience in the energy industry as a corporate financier and CFO.  Prior to joining NSNR he was CFO of Phoenix Global Resources plc.  Philip has been CFO of both listed and privately owned independent E&P companies.  Over a 23 year investment banking career he worked for UBS, HSBC, Deutsche Bank and Merrill Lynch, advising international energy companies on capital raisings and strategic transactions. Philip led UBS’ EMEA Energy team and was Global Head of Oil & Gas at HSBC.  He has predominantly been London based, but has also lived and worked in New York and Singapore. Mike Ainsworth
Exploration and Appraisal Manager
Mike has a broad understanding of the upstream E&P business, with 38 years of experience dominantly gained internationally with Shell Joint Ventures. Mike has variously influenced, led and managed the maturation and monetisation of complex projects from exploration and appraisal to development, production and reservoir management, and abandonment. Mike is a member of SPE, FGS (London), LPS, KLEX, and PESGB.
Close Highlights in his career include the Statoil West Africa exploration campaign. Together with local operators his team drilled more than 10 successful exploration wells per year in Angola, creating one of the most important international assets for Statoil. The Angola assets are currently producing more than 200,000 boe/day from 8 FPSO units. Highlights on the Norwegian shelf include securing the PL265 license for Statoil (today containing the Johan Sverdrup field, one of the largest oil and gas discoveries in Norway containing reserves of more than 2 billion boe) and the Jordbær discovery for BG in 2008 (today known as the Knarr field). Sola has also served as elected leader of bodies within Norsk Olje og Gass, as the spokesman/trustee for the Norwegian Exploration Manager Forum and as Chairman of the Board for the GTO-organisation. 35 years industry experience with operating companies. Broad experience of all aspects of subsurface work in the E&P sphere with a particular emphasis on business development through exploration and asset acquisitions. An enthusiastic promoter of good technical work and sound business decisions with a strong commercial background and understanding of the imperatives of E&P business. Experience of CBM and shale gas in UK and North America. Jeremy has a Ph.D, in Geophysics and is a Chartered Geologist and Chartered Scientist.
Close 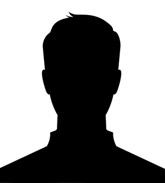 Ian Anderson
Advisor
Experienced Geoscientist and Manager with 30 years+ in the international oil and gas industry. Specialist areas include the Middle East, Africa and the North Sea. He has recently held the positions of Subsurface Development Manager with Dove Energy Group and Chief Geophysicist with Dana Petroleum and has worked for major operators such as Phillips, Mobil and Statoil
Close An offshore engineering and upstream planning professional with 11 years  of  experience . He started his career as a Field Engineer in offshore construction pipeline installation for Sapura Energy and then joining the Murphy Oil Corporation as a Deepwater Subsea Engineer before moving into Petroleum Asset Management within the Deepwater Business. He then moved into Upstream Planning and Digital Transformation working with consulting companies for clients such as PTT Exploration and Production. He holds a BEng (Hons) in Mechanical & Offshore from The Robert Gordon University, Aberdeen, UK and a Masters In Business Administration from the Edinburgh Business School , Heriot-Watt University, Edinburgh UK. He is currently pursuing a PhD in Technology from The Asia Pacific University of Technology & Innovation , Kuala Lumpur, Malaysia in Big Data & Analytics.